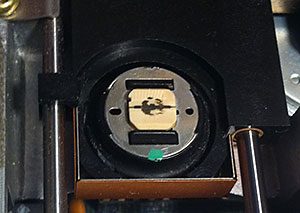 Backing up the collection, is causing some permanent damage. Every so often the drive just starts gagging on a disk, so I stop the process and open the drive. I’ve actually started to just leave the case off and move my coffee to the other side of the desk. Majority of the disks don’t have issues, but then there are a few that strip large quantities of their magnetic surface off. I ran out of isopropyl, so I switched to booze (something high proof :)). The strange thing is the booze seems to work better. Less disks are getting trashed. might be for other reasons like stronger better made floppies — or ones that were taken better care of. The majority of these disks are from different people, maybe 1/5 are mine and the others are donations from friends and bulk purchases from other equipment buys from ebay. Does anyone have any suggestions for bulk backup of collections to D64?

I’ve written a few scripts in powershell, to handle the bulk of the work. The script does a directory of the disk, if that is successful it takes the header name, uses that as base filename. Then it copies the directory to a txt file, runs D64copy shows the progress. If I type a name after the script command, it will use that name instead of the dir header. I wonder if there is a way to save the error map from D64copy as well?